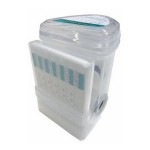 Drug and alcohol screening tests have been available for over 20 years. There use in business screening as part of routine pre-employment tests is well established. Most drug tests where initially urine tests, requiring a fresh sample of urine to be collected at the point of testing. Where a full medical examination is being taken including urine testing for liver and kidney disease, this is still the best and most accurate add on drug test to include.

With the development of reliable saliva drug tests, many purchasers have moved to saliva drug screening as their preferred drug test. It gives direct chain of custody control of the sample collection, especially where the tests don’t form part of a clinical examination. Saliva drug screening can also be extended to alcohol screening. Saliva alcohol tests correlate directly to blood alcohol levels at the sample time. We advise against urine alcohol tests. Alcohol is excreted into urine over a long period, so its detection in urine is not a useful indicator of the level of consumption. All that it shows is that a legal drug (alcohol) has been consumed by the individual over the past 18-24hrs. An alcohol consumption history, while notoriously under reported is as much value. A saliva alcohol test showing high blood levels at the point of testing is a far more directive test, indicating an alcohol problem.

When making the choice of saliva or urine testing it is important to consider the drug and alcohol screening windows of detection offered by either mode. Urine drug testing will detect drug use far further back in time than saliva drug tests. Most urine drug test windows are 3-5 days after use. Comparative saliva drug test windows are much shorter at 12-36 hrs max, so expect to show less positive results if saliva testing is used. For critical employment roles we tend to advise purchasers to use urine based drug tests for this reason. For in role random drug & alcohol tests in non critical roles, saliva drug screening may be better as it will detect attendance while under the influence, but is less likely to detect social, domestic and pleasure recreational use over week ends and out of work alcohol consumption.