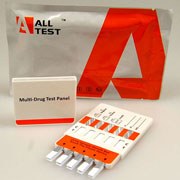 It has been reported this week in the press that ketamine use is higher in the UK than elsewhere in Europe.

Statistics from the National Drug Treatment Monitoring System show that the number of people getting treated for ketamine related health issues has doubled in the last 5 years.

Originally a powerful veterinary anaesthetic developed in 1962 Ketamine has been around as a drug of abuse for about 10-15 years, but it is only in the last 3-4 years that we have started to see an increase in its abuse.

Ketamine is an illegal class B drug of abuse . It was upgraded from class C earlier this year.

As well as the immediate anaesthetic effects of the drug which are often described as giving an ‘out of body experience’ or in some cases a ‘near death experience’, ketamine use can cause long term problems including serious bladder & kidney problems.

Ketamine has also been used as a date rape drug by spiking drinks.

Ketamine is a drug which historically was used as a veterinary anaesthetic. it is both sedative and an analgesic (pain relief). In humans it can also induce hallucinations.

Ketamine first appeared as a drug of abuse over 40 years ago and grew in popularity, particularly as a club drug and rave drug. Ketamine has been mixed with MDMA and has even been miss sold as Ecstasy. Dependance is more common than with Ecstasy as Ketamine is more sedative. Ketamine is a class C substance in the UK.

A urine drug test kit for ketamine is available. However the relative short half life has made detection problematic. Screening is also hampered by a variety of pills

The Eco cup 10 panel drug testing kit with adulteration strip detects Ketamine & is a very good choice for workplace drug screening for ketamine as it has high accuracy levels and is very simple & easy to use.